HMRC Cracks Down on Landlords

HMRC has recently been cracking down on buy-to-let Landlords, who have undeclared rental income.

Private landlords have been the subject of HMRC task force teams in Scotland, North Wales, London, East Anglia, North East, North West, and following the success of the scheme since November 2012, this has now been extended to South East England, covering almost all of the UK.

In the last few months, half a million letters have been sent out to individuals who HMRC believe have undeclared income in this sector.

As it stands, it is believed that only one in three landlords are declaring their rental income!

It is a common misconception that rental income need only be declared once the rented property becomes profitable. However this is not the case.

HMRC expect all forms of income to be declared, regardless of profitability.

It should also be noted that information technology is making it increasingly easier for HMRC to trace Landlords with undeclared income, for example, by asking letting agents to provide a list of landlords and properties they hold.

In addition, inspectors may also use the internet to search for means of additional income, such as tenant advertisements.

In our experience, tax liabilities on rental income are not traditionally crippling due to a combination of high mortgage interest (and other tax-allowable, deductible expenses) and the fact that rental losses can be carried forward (only) and set off against future rental profits.

If you would like more information, or any assistance with these matters, please feel free to contact us by phone or email.

Midnight on 31st January, 2013 was the deadline for submitting your Tax Return for 2011/12 and paying any tax due to HMRC.

According to HMRC, a record 9.61 million people found “inner peace” and sent their tax return on time this year. END_OF_DOCUMENT_TOKEN_TO_BE_REPLACED 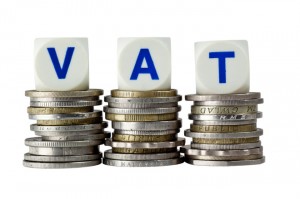 If you are registered for VAT but have not sent in all of your VAT Returns, you may not be paying the right amount of tax. The VAT Outstanding Returns campaign is an opportunity for you to bring your VAT Returns and payments up to date. To take advantage of the best possible terms you must complete and submit your returns by 28 February 2013.

If your VAT Returns are still outstanding after 28 February, your tax affairs will receive closer attention from HM Revenue & Customs (HMRC).  END_OF_DOCUMENT_TOKEN_TO_BE_REPLACED